The Link Between Your Mind and Body
for Peak Performance 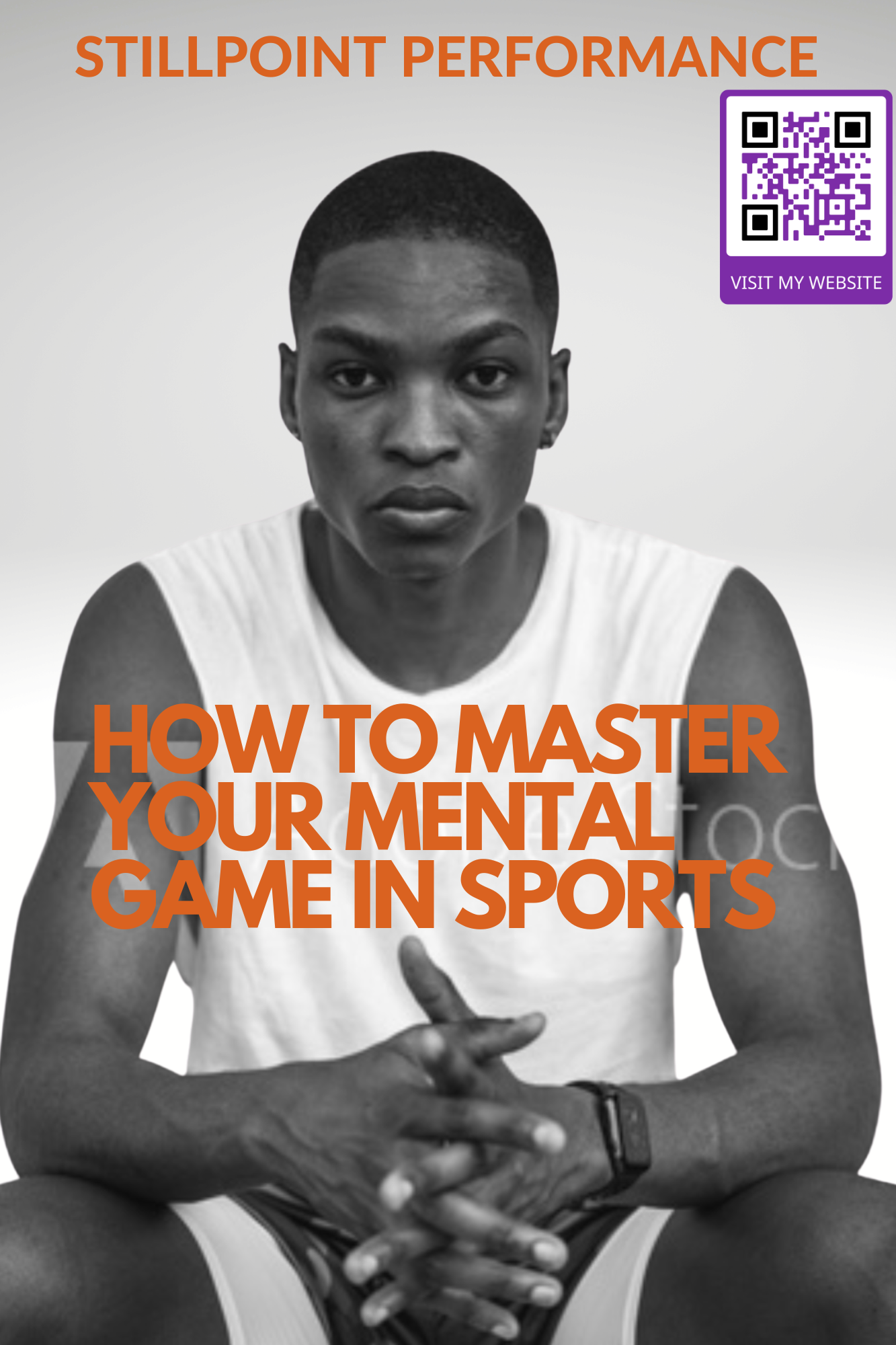 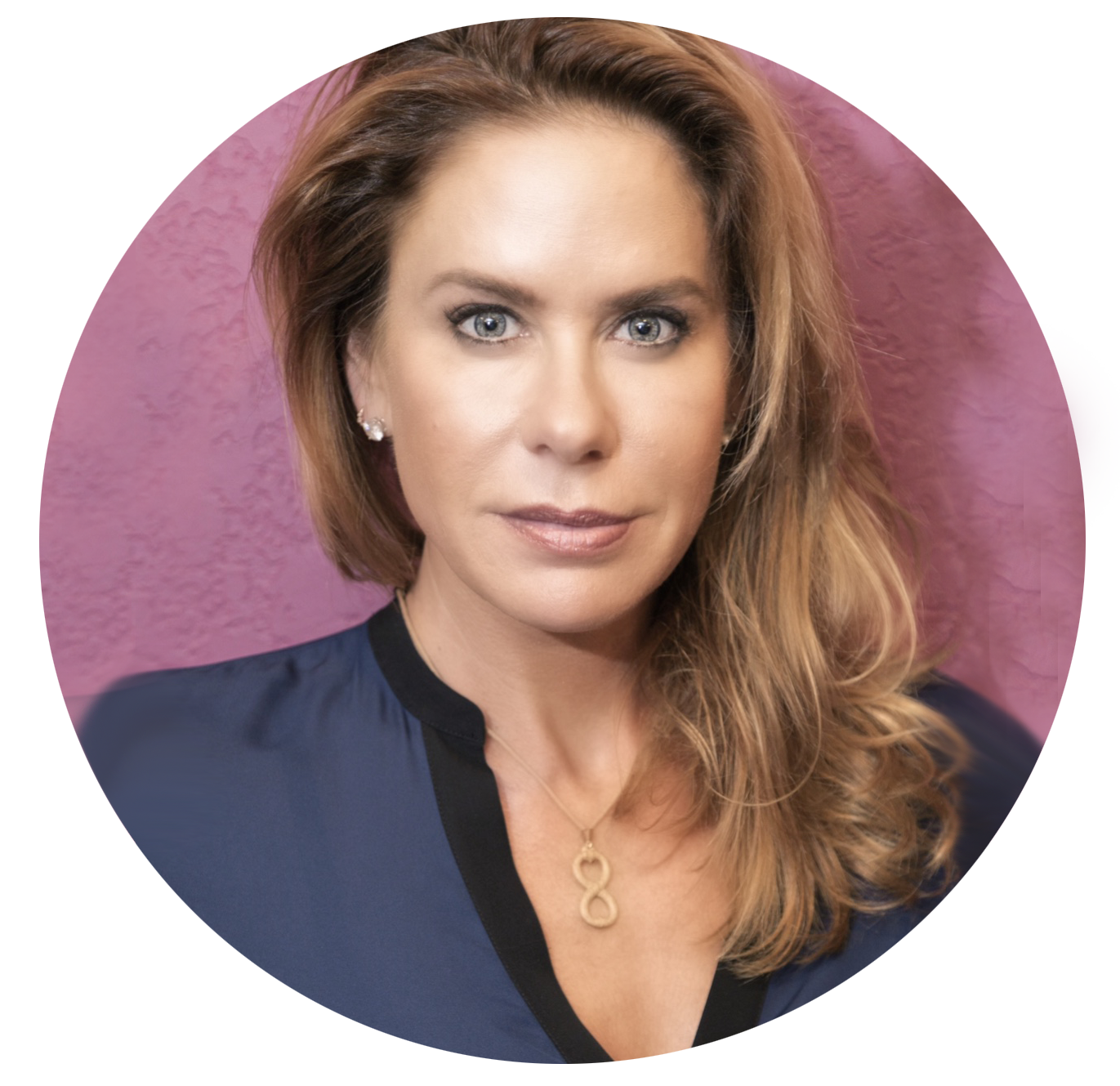 What I can do for your game.

My name is Jennifer Heistand. Welcome to StillPoint Performance.

A stillpoint is the place where your mind and body are in perfect alignment. It is where your mental clarity and focus along with your athletic ability coincide so that you may achieve your optimal level of success.

I combine HeartMath devices and techniques along side Cognitive Behavioral Therapy in my practice. These two platforms teach players how to stay focused in their present moment, while understanding their thoughts and emotions reflect the chemical responses in their body. The combination of HeartMath and Cognitive Behavioral Therapy is a powerful tool to ensure elite athletes improve their performance and endurance by handling stress more effectively.

I provide a simple and effective technology that gives athletes a real time training facility with the ability to increase emotional muscle, reaction speed and accurate decision making along side behavioral strategies such as goal setting, imagery, mental rehearsal, stress management and cognitive restructuring.

Read More About Me

WHAT PEOPLE ARE SAYING

"Jennifer Heistand takes an outdated model of performance coaching and turns it on its head. Athletes, professional and amateur alike, are better informed than ever about the importance and power of mental clarity, but still in the dark about the crucial link between heart and mind. Jennifer not only explains the emotional and physical continuum between mind and heart, but coaches athletes -- in sport, in business, and in life -- to live at the crossroads, at the still point."

"The elite levels of sport are emotionally supercharged. Athletes have a tendency to overthink. When a tennis player combines emotions with overthinking, their decision-making process will break down. Jennifer understands that players need to get out of their own head, not go deeper inside. The techniques she teaches her players are scientifically-proven and help them understand their emotional state. Jennifer then teaches them how to reset and remain in a state of coherence which allows them to perform at an optimal level. I trust my players with Jennifer because I believe in her techniques and her experience and know that she will help them reach their peak mental performance level."

For peak performance, you need three parts of your brain fired up. The frontal lobe (conscious brain), your left hemisphere (analytical brain) and your right hemisphere (creative brain) are all needed in order to produce optimal results. When your left and right hemisphere are in sync, you have heightened awareness, on point reaction timing and increased creativity with instant decision making capabilities. In short, you are firing on all cylinders. 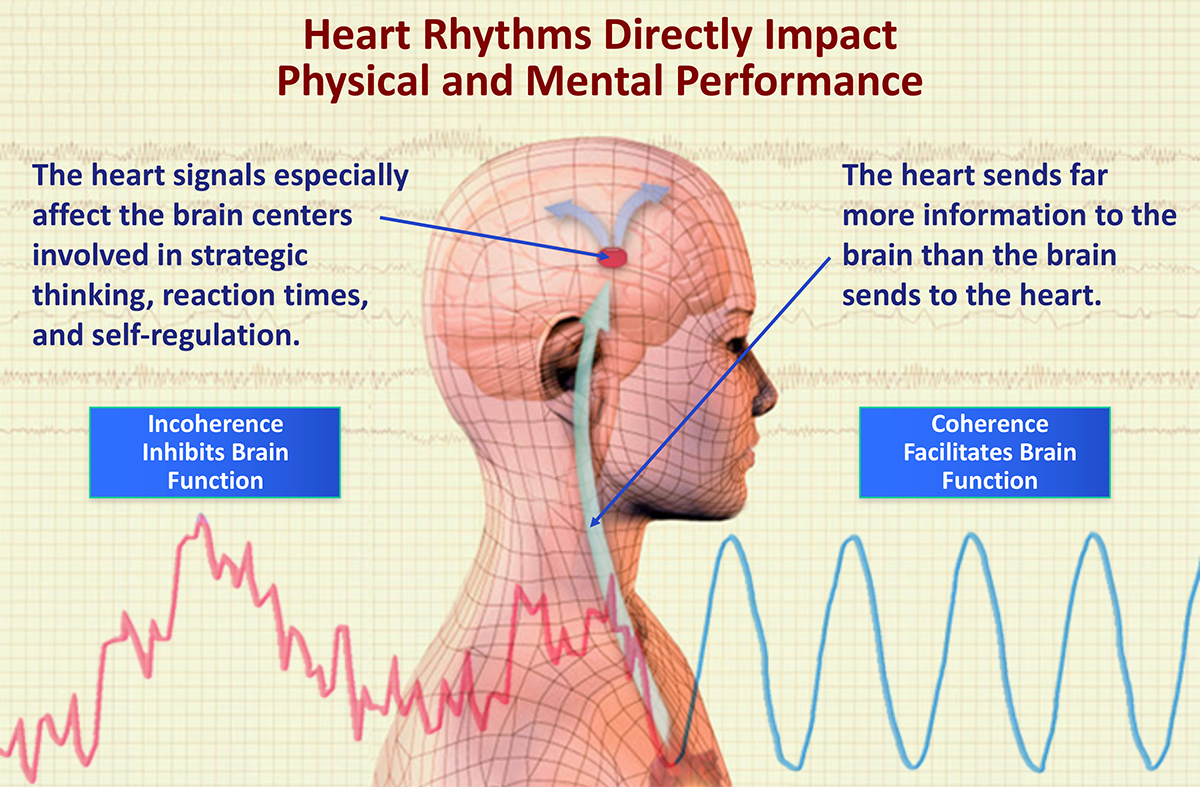 When you are in an anxious state, frustrated or angry, your heart rate will reflect this. Your heart rhythm will move from a smooth, coherent pattern, becoming more erratic as in the above picture in which it looks like a earthquake graph. This incoherent pattern causes a release of stress hormones, such as adrenaline and cortisol, which dampen the activity of the higher centers of you brain, including your frontal lobe. Your frontal lobe is responsible for your conscious deliberate decisions making skills.

It is well known that when you fly into anger or frustration, your ability to solve problems or make wise decisions is diminished. This is because when you perceive a situation as stressful, your body sends blood to where it is needed most. Which in this case, it is to your lower part of your brain that is responsible for the flight or fight response. This leaves your frontal lobe with less blood flow and stimulation for deliberate decision making skills to help get you out of that flight or fight scenario.

Here is an example of how HearthMath techniques can be used to improve your game.

Ice hockey is an aggressive and fast sport that normally triggers a lot of emotions, including anger, fear and happiness. Our partners at HeartMath Sweden have been using HeartMath techniques and technology to improve the performance of one of VIK, Sweden’s elite, professional hockey teams. Players find themselves in two positions during a game: Sometimes they are on ice playing, but often they are off in what’s called “the box” waiting for their next play on the ice. The players often feel anxious and frustrated and can have a hard time trying to change their emotional state, especially when they are in the game. In some cases this can be devastating to the team’s overall performance.

Ander Nilsson, CEO of HeartMath Sweden says, “We started to look at the possibilities of using HeartMath off ice, to transform the players’ emotional states from chaotic to coherent. We first used one-on-one coaching with a group of the players while having them on the emWave PC system. We asked them to experience the negative emotions they experience during games. This helped them to see how these feelings created incoherence, which affects their play.

Then we trained them in the Quick Coherence technique and used the emWave PC system to demonstrate the profound difference in their coherence levels. Next we instructed them to use the time in the box to apply what they had learned to trigger a coherent emotional state. In some cases many players are now using the portable emWave® Personal Stress Reliever® during the game to assist them. Now, every time one of these players sits in the box they will immediately make a sincere effort to switch to a coherent emotional state. By practicing HeartMath techniques and using coherence-building technology, the trained players have reported noticing a significant difference in being able to see what’s happening in the game. They also have reported that they have more physical stamina, their legs are fresher, when they have been maintaining a good level of coherence instead of expending a lot of negative emotional energy. Overall the team unity has improved and they are performing at a much higher level than in their previous season.”

Mental and emotional training is a component that some athletes dismiss, but is crucial in maintaining composure under stress and to improving athletic performance.

I provide simple and effective technology that gives athletes training for the ability to increase emotional resilience, reaction time and accurate decision making. 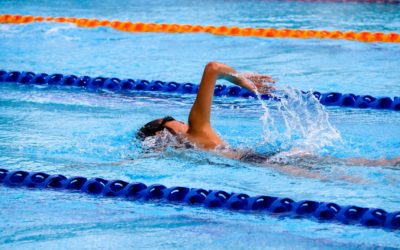 Managing Your Emotions in Sports – Meditation in Movement – Zen in Sports

How to Stay Calm and Relaxed During Competition – Emotional Mastery During competitions, if you feel like any external factors (the crowd, competitors, judges, etc…) make you nervous, you will always be at their mercy, not having any real control. You need to take the...

END_OF_DOCUMENT_TOKEN_TO_BE_REPLACED 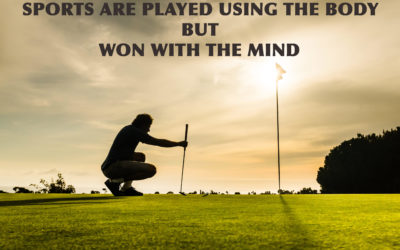 5 Reasons Why Players Lose Confidence in Their Game Every single person on this planet has confidence issues somewhere in their life. Even Superman lacked self-confidence while being without his cape. However, for athletes wanting to raise themselves to the next...

END_OF_DOCUMENT_TOKEN_TO_BE_REPLACED 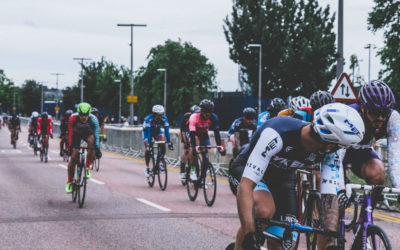 10 Amazing Examples of Mind Over Matter While we often think of our bodies and minds as two distinct entities, it turns out they are much more entwined than we might assume. Researchers are continually finding evidence that the brain has a distinct power to manipulate...

END_OF_DOCUMENT_TOKEN_TO_BE_REPLACED 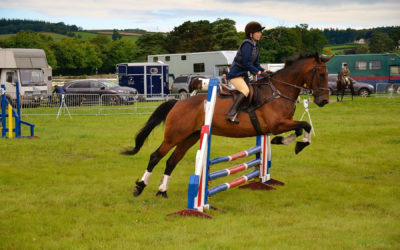 Visualization in Sports – Emotional and Physical Health – Is Laughter Really the Best Medicine?

Elite Athletes Visualize Their Obstacles to Push Past Them "I decided to go all in and immerse myself in the belief that I can run my fastest mile.” If you do something enough, eventually you start to memorize parts of it, maybe even all of it. For most people, that...

END_OF_DOCUMENT_TOKEN_TO_BE_REPLACED 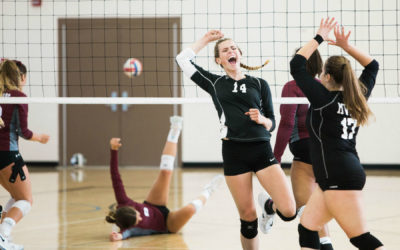 The Benefits of Playing Sports Aren’t Just Physical! The physical benefits of competitive sports are the most obvious. Much attention has been given to the role of sports and exercise in decreasing the rates of obesity in our nation’s youth. While lower body mass...

END_OF_DOCUMENT_TOKEN_TO_BE_REPLACED 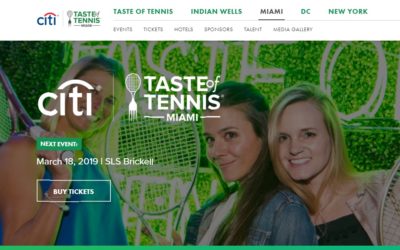 Citi Taste of Tennis Miami is a delicious way to kick off the Miami Open! The evening will feature signature cuisine from the city’s leading chefs and appearances by your favorite tennis stars. You’ve never had food served like this at this exclusive food and tennis...

END_OF_DOCUMENT_TOKEN_TO_BE_REPLACED 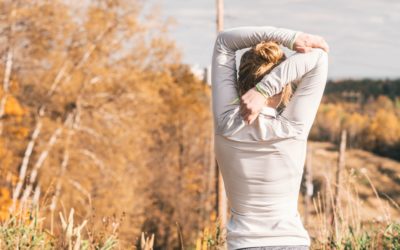 What is Positive Mindset and 89 Ways to Achieve a Positive Mental Attitude Positivity doesn’t always refer to simply smiling and looking cheerful, however—positivity is more about one’s overall perspective on life and their tendency to focus on all that is good in...

END_OF_DOCUMENT_TOKEN_TO_BE_REPLACED 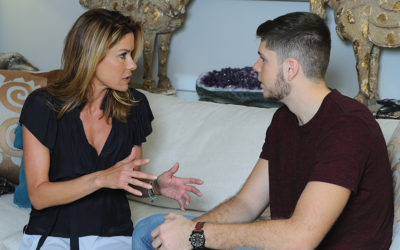 5 GREAT MENTAL TIPS BY JENNIFER HEISTAND MENTAL PERFORMANCE COACH TO ELITE ATHLETES In this article I want to give you five mental tips that will improve your game significantly. 1. YOU NEED TO CONSCIOUSLY BREATH Athletes who hold their breath tend to become agitated...

END_OF_DOCUMENT_TOKEN_TO_BE_REPLACED 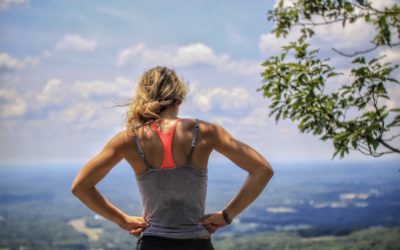 Elite Athletes Visualize Their Obstacles to Push Past Them "I decided to go all in and immerse myself in the belief that I can run my fastest mile.” As I started thinking about whether I could really do it again, something that frequently popped up in my search for...

END_OF_DOCUMENT_TOKEN_TO_BE_REPLACED

GET IN TOUCH TODAY

Join our mailing list to receive 10 free tips to improve your mental game! In addition, learn how to turn any pivot-point moment into your advantage. Join now!

You have Successfully Subscribed!